Posted on September 4, 2016 by scottlonglovestotravel 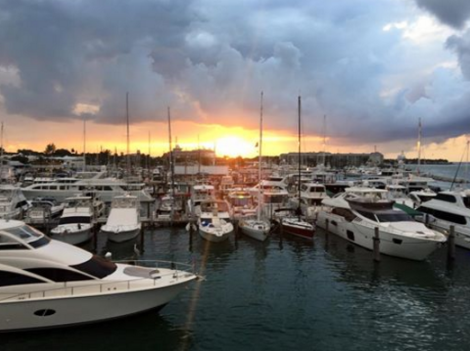 New Year’s Eve is my favorite holiday. Always has been. It might be because my parents always through a party at our house for their friends, and while I was quarantined in my bedroom for all of them, I could still tell it was a rockin’ good time downstairs.

So Laura and I make a point of traveling somewhere for New Year’s Eve every year. We’ve now spent NYE in all four Lower 48 time zones, and did the countdown in Vegas, Seattle, Phoenix, Chicago, Pensacola and many, many other places. I’ve even done the Times Square madness. Once. And only once.

This year, we chose Key West. It’s our kind of town, so it has to be our kind of NYE town, right? Yes, yes it was.

As the crow flies, Key West isn’t all that far from our house in Safety Harbor, Florida. But the crow doesn’t fly there, and the airlines that do charge a heart-stopping amount to get you there during NYE. Driving is out of the question, because it’s a seven-hour drive. SEVEN. So we finally took a trip on the Key West Express, and pretty much loved it.

The Express is a high-speed ferry from Fort Myers Beach to Key West, sailing back and forth daily. It’s a quite large vessel, and well appointed. It’s all open seating, you have your choice of airline-like seats or, if you board early enough, couches with tables perfect for groups. On the way down, they showed a movie, and on the way back, they showed Monday Night Football, so there’s some free entertainment on board. There’s also a bar with a small snack bar, so the couple-hour trip can go by quickly.

The only problem for us is that it leaves very early in the morning from Fort Myers Beach, so we decided to book a hotel there the night before to avoid the early-morning drive. On the way back, we could have done the same thing, but opted to drive home after it arrived back in Fort Myers Beach late in the evening.

Somewhat surprising, considering that we didn’t decide on Key West until October, we were able to find a pretty cool hotel that didn’t break the bank. The Ibis Bay Beach Resort is an old motel that has been redecorated into a funky place to stay. We had a first-place room overlooking the bay, with a hammock and some chairs to watch the resident birds and tortoises from. It has a great pool area that includes a movie screen, with a nice restaurant and bar.

It’s a bit out of the entertainment district, but it uses old school buses to take guests to multiple stops in town and then back to Ibis. 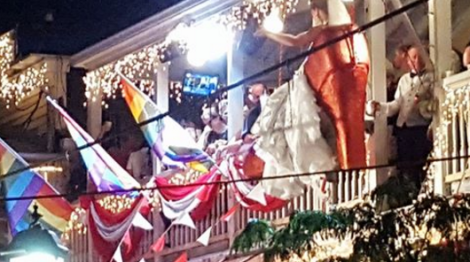 The highlight is, of course, the multiple NYE celebrations and traditions, pretty much a different one for whatever type of person you are. We chose the Drag Queen Shoe Drop at Bourbon Street Pub, because it seemed the most fun. And it was. The streets were crowded, but hey, it’s NYE. If you’re not excited about crowds, choose a different favorite holiday. But quite surprising to us, we were able to find a lot of not-as-crowded bars in town all night, so it doesn’t have to be all shoulder-to-shoulder contact if you don’t want it to be. 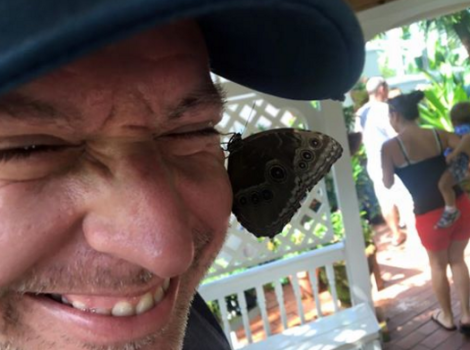 There are lots of great museums in the city, so I could tell you about Harry Truman’s Little White House, Ernest Hemingway’s house or the Key West Butterfly and Nature Conservatory, but if you’re going to Key West for NYE, you’re going there to drink. And drink we did! In fact, we held an impromptu contest for our Facebook friends to guess how many different bars we’d visit over the weekend. Did you guess 32? If so, you would have won a T-shirt! And don’t forget to visit Dante’s. It’s a great bar/restaurant right by the dock to the Key West Express. It has a full pool with waterfall, so it’s a great place to cool off while enjoying some drinks.